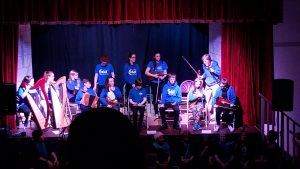 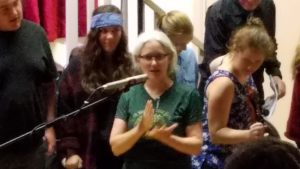 The Crown Chakra of Ireland

The unique peninsula of Inishowen in Donegal, is the North of the North, where people live gracefully and with kindness. We were welcomed at the most delightful hostel, with camping by a river next to the oldest bridge in Ireland. The hostel kitchen was spectacular, and they let us dry off in a room the first night. Freshly baked bread welcomed us at breakfast, and Jo at the health food store supplied us with local apples, cheeses, honey, a huge tub of peanut butter, and a heap of fresh veggies for soup.

A group of local kids came by to meet us and we played a wild game of Quidditch. 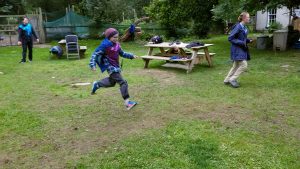 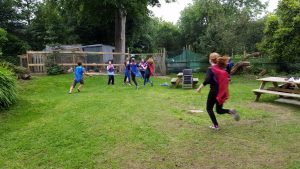 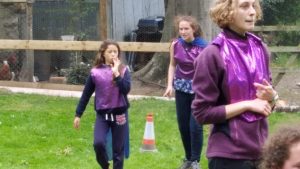 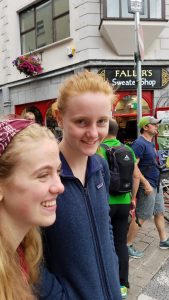 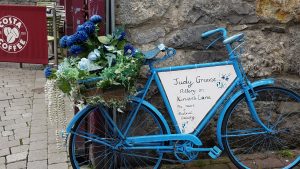 Coming back from going all the way over the blanket of rounded rocks to the ocean, Keenan said this was the best moment so far. So many of those moments where the essence of joy is so strong.

After nearly two weeks walking in the country, we hit the town with euros in our pockets and BOOKSHOPS to visit! With the Rowan Tree Hostel right in the center, making navigation easy, the kids broke into groups and headed out to explore. Nearly every pub had live music, coffee shops had scones and hot chocolate, and – the “charity shops” had amazing European clothes for a couple euro.

I bought a library of books by UK authors to hand out on the bus for our long drive the next day. They were well appreciated – giving new meaning to the expression Face-Book. 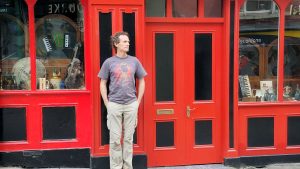 That night, we all hit a session that was being live streamed, and our musicians were featured on a Facebook feed. It was a huge sensory input day after so much wind and mist and sheep and stone and hedges. 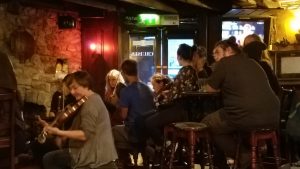 It was the brainchild of Madeline and Keenan that instead of drumming up an audience for our performance at the beautiful hall at Boghill, we should invite locals to come for an open mic story slam / tune jam. The people at Boghill put the word out, and we audaciously phoned the one major radio station for the west of Ireland – Clare FM, and they invited us on for an interview and tunes by McKinley and Clayton. This might be the link – it’s the right day anyway. Clare FM the West Wind

We asked for miracles – Boghill is in a remote area of the Burren, but we asked for a standing-room only crowd, and enough money coming in at the door to give out two cash prizes of 100 euro each – and that’s exactly what happened. The performances were varied and really really good, and the winners were honored and delighted with their prizes. Everyone was buzzing with euphoria that night.